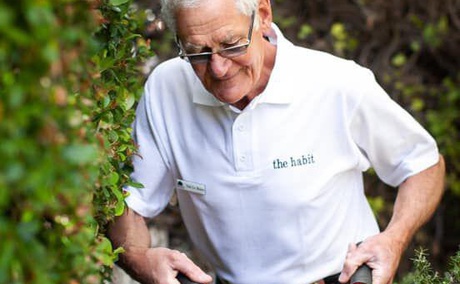 It’s not easy to find someone so very passionate about his job, someone who pays so much attention to detail, like Tok Le Roux. Oom Tok is very precise and extremely hard working. He is the go-to person when anything, literally anything, on the premises breaks. During the almost five years that he has been part of the team at The Habit, he has proven time and time again that his hands can fix anything.

He also keeps the garden immaculate and often receives compliments from guests on the upkeep of the garden and premises. Oom Tok worked for the South African Railway for almost 40 years. Not only did he drive one of their iron machines, but he also taught himself how to fix most things that might brake on the train, this saved a lot of time and minimized train delays on his line.

Today we are very lucky to have Oom Tok on our team. Without him we certainly would have struggled to keep everything together! 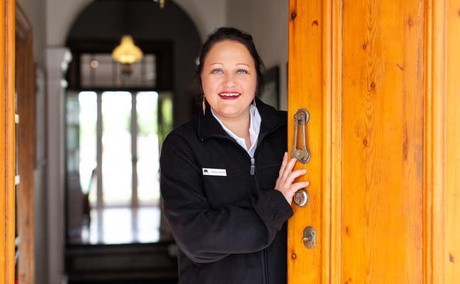 Getting into the guest house industry, is probably the best thing that could have happened (career wise) to Tharina Marais. With the help of her family, she bought The Habit Guest House from the previous owners at the end of 2014 and officially took over January 2015. Having been in the hospitality industry for years, this was just the logic next step. Apart from working various hospitality jobs abroad, while traveling most of Europe after she finished school, Tharina also waitressed in Cape Town, while completing a two year diploma in Interior Design.

She returned to Worcester at the end of 2008, starting up a home made jam and rusks business, this small business (unfortunately not operational any longer) got the ball rolling and built a strong foundation for everything that came after.

Her oldest project is Pure Boland Market, almost 11 years old. Happening every first Saturday of the month at the Groenstoor in Brandwacht, just outside Worcester. She now sees this as her community project and thoroughly enjoy being involved in this. She also had two different coffee shops / restaurants in Worcester before The Habit Guest House happened.

She still loves every moment of the business, so much, that the next project is already in the making and soon to open. 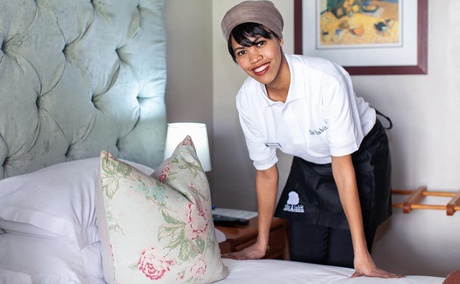 Working with and helping people, young and old, is Zaybonicia Wagner’s big passion. Apart from this, Zaybonicia has a huge passion for travel, she hope to be able to show all corners of our beautiful country to her little boy one day. She is also a great fan of sport and a very good netball player.

Zaybonicia already completed the first couple of years of her Bachelors degree in Social work, at the Nelson Mandela University. Currently she is saving up to continue het studies part time.

She has been with The Habit since the beginning of 2019 and we are very lucky to have her. She is a real all rounder, from welcoming guests, cleaning, cooking and helping out in the office with bookings and more. 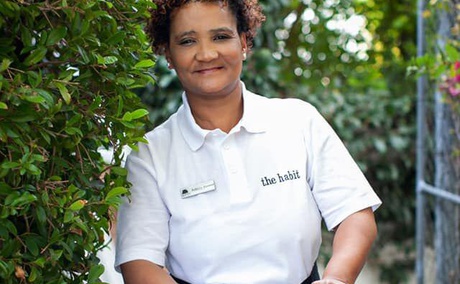 Whenever the tasks set out for the day is done, you will find Felicity Kouter helping our gardener. She loves flowers and plants and will always lend a hand in the garden without having to do so.

Felicity also enjoys conversations with colleagues and guests and takes a great interest in her fellow man.

She had a long career in the factory industry and also had various cleaning jobs in the past.

Today Felicity has been at The Habit for almost two years. We are extremely blessed to have her on our team, as she is always willing to go the extra mile. 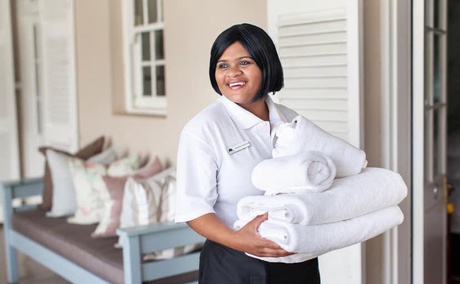 Whenever you are looking for Michelle Kammies, only listen to where the beautiful singing is coming from. She has been with us for almost a year now, starting as a casual and working her way up to becoming one of our valued permanent staff members.

Michelle is originally from Oudtshoorn, but moved to Worcester to try find new career opportunities. We are just too lucky that she applied for a job at The Habit.

Michelle loves cooking and baking. In her free time she also bakes for an extra income.

Michelle is also very involved in the church and community. 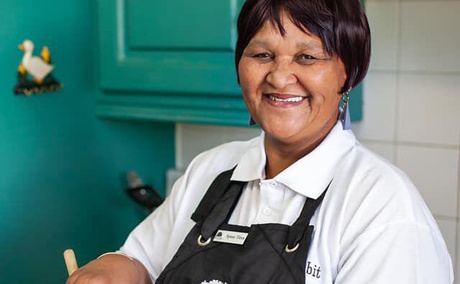 Our mother figure here at The Habit, Spaas Titus. At age 14 Spaas had to leave school and start working full time to help support her huge family. She worked as a domestic worker where her employer always called her for breakfast by shouting out: “Patroontjie! Kom eet jou pappies!” A memory, she is still very fond of today.

Spaas started her career in the hospitality industry almost 30 years ago as a waitress in Oudtshoorn. Being a very hard working and dedicated employee,she often helped out in the restaurant kitchen during quiet times front of house. There she learnt many cooking and baking skills and also developed a great passion for cooking. This resulted in landing several chef jobs at various restaurants and coffee shops over the years. Today we are very lucky to have her, as her cooking is amazing and guests love it!

Spaas also loves singing and she is very involved in the Church and community. 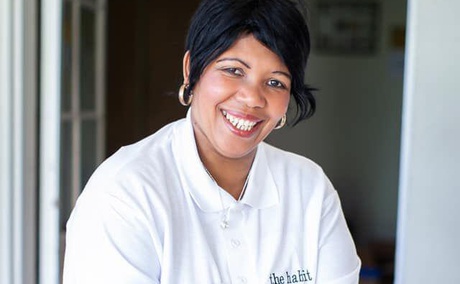 Our guests will know this friendly face, Trudie Flippies. Trudie has been in the hospitality industry for 22 years. She is very passionate about working with people and she’s been living out this passion for almost 5 years at The Habit.

Apart from hospitality, Trudie has a great passion for the outdoors, as well as fashion. She often surprise us with a complete new hair style! She’s also got a beautiful voice and absolutely loves singing.